TMS have completed the next phase of works at Boston. 275 number 6m x3m 6T to 10T scour mattresses have been installed.
Flood Barrier now in commission so TMS are due to start next phase of cutting the construction cofferdam underwater. 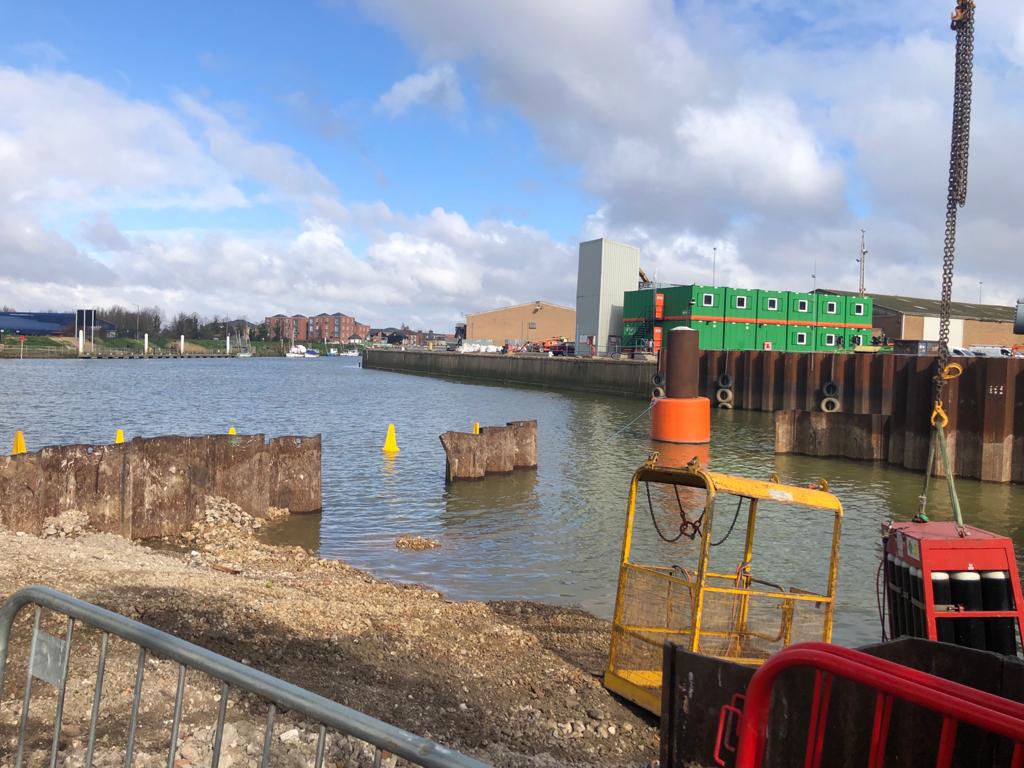 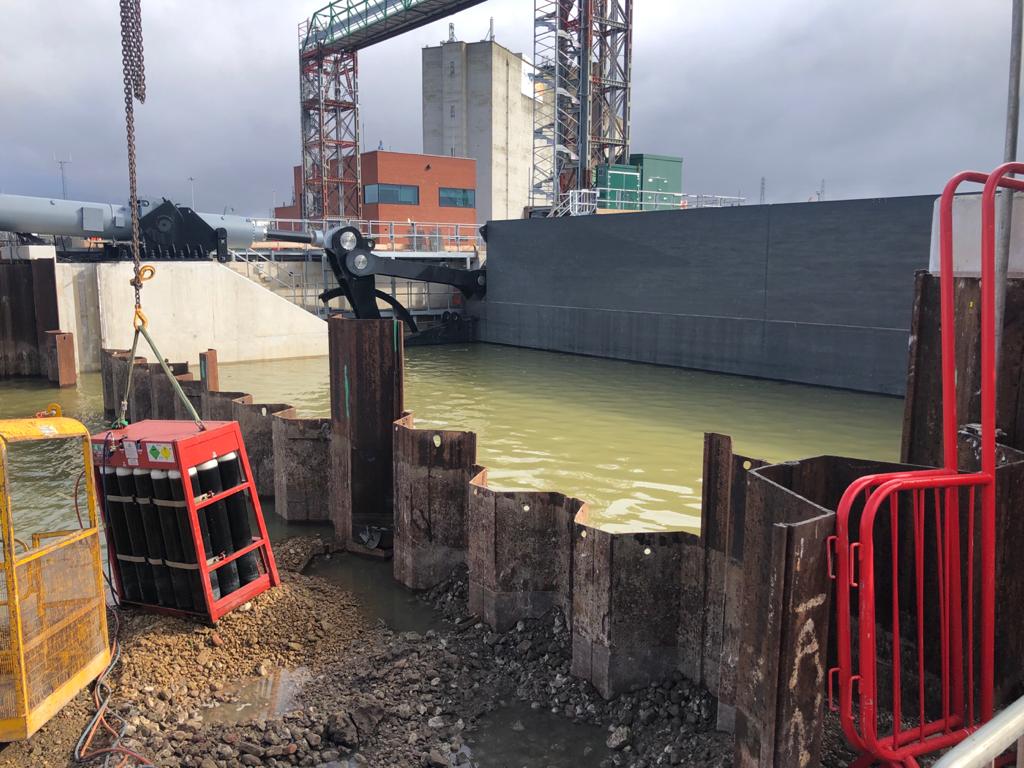 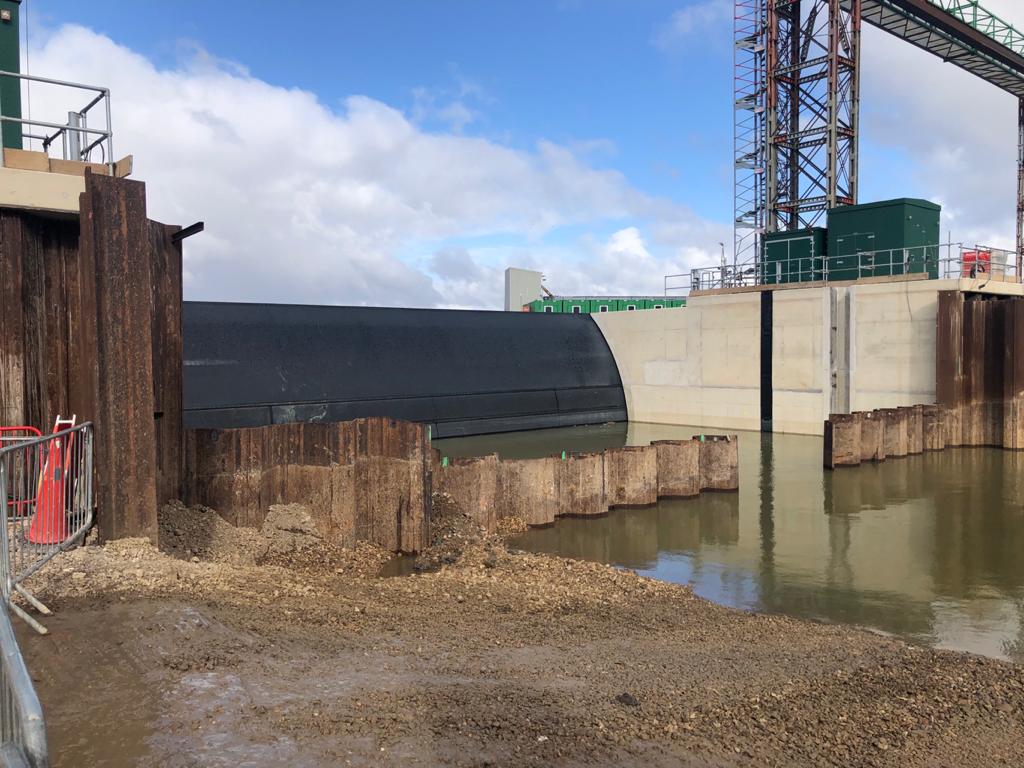 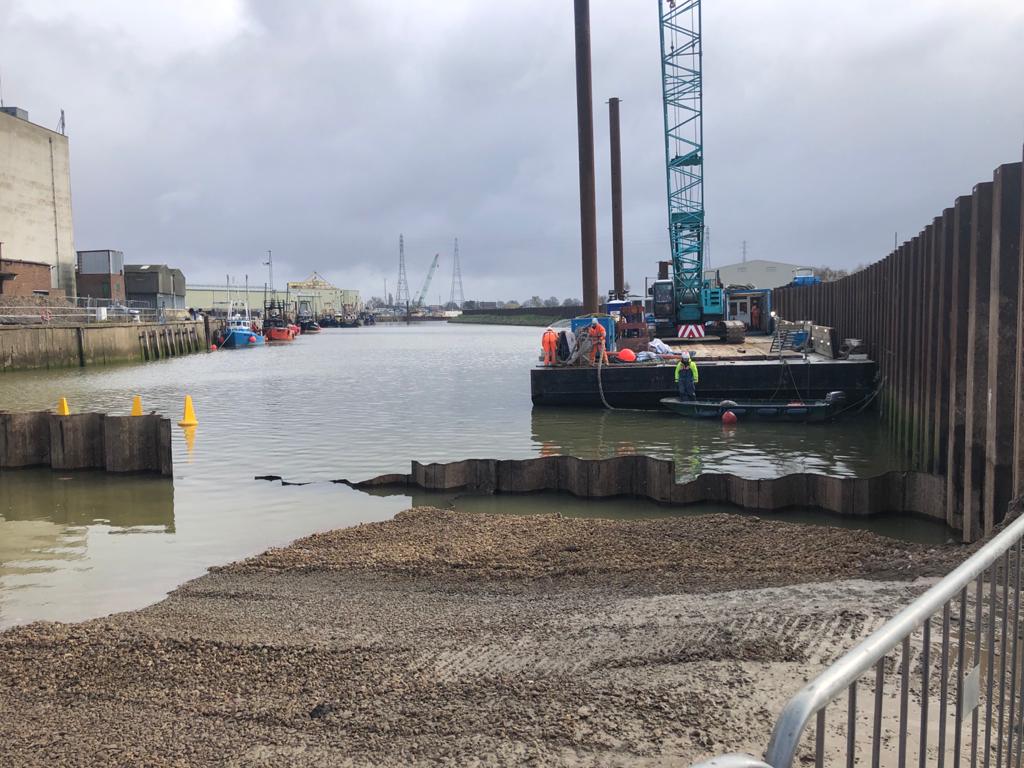 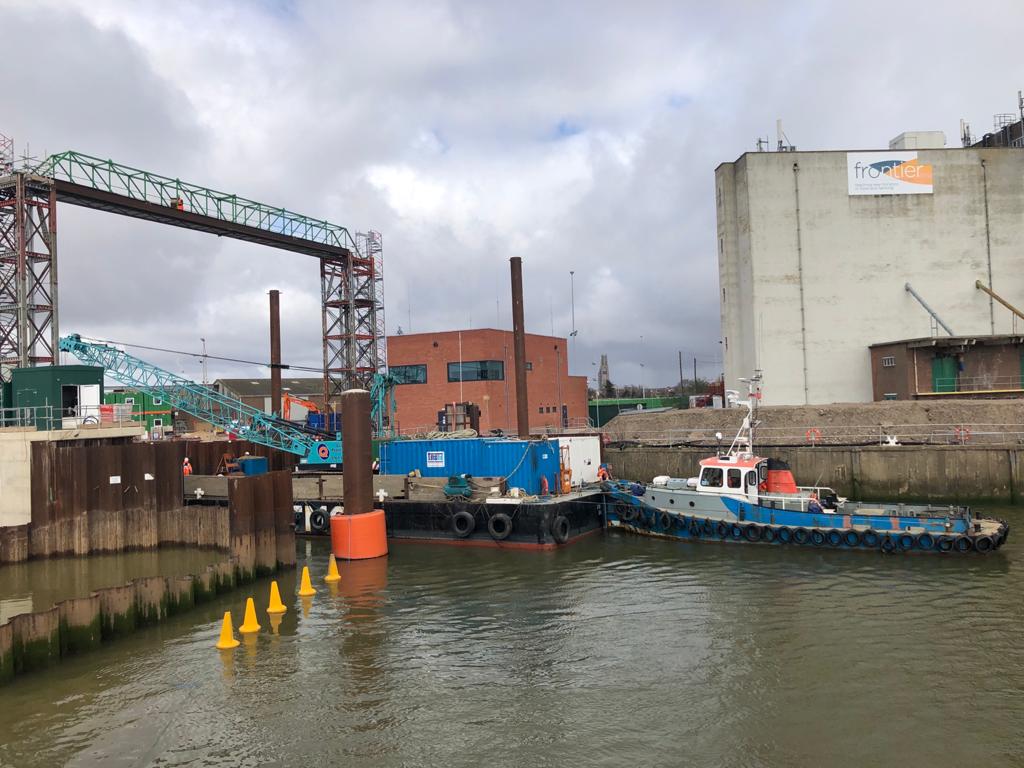 Congratulations to our Quantity Surveyor Joanne Baker. Jo has worked extremely hard over the last two years studying and taking numerous exams in MSc Quantity Surveying with The University of College Estate Management. Jo got the news this week she has passed and now has a masters in Msc Quantity Surveying, Well Done Jo!

TMS have started works in Gravesend this week repairing the slipways that were originally constructed during WW2.

Cory’s ship repair slipways were in desperate need of repair in order to remain operational. Following a survey of the condition of the slipway 6 months ago, TMS have begun the process of replacing all the steel elements of the slipway with brand new steel sections that are protected with a high resistance waterproofing paint. Working within the tidal range, our efforts will enable barges exceeding 300 tonnes to be pulled out of the water and repaired. 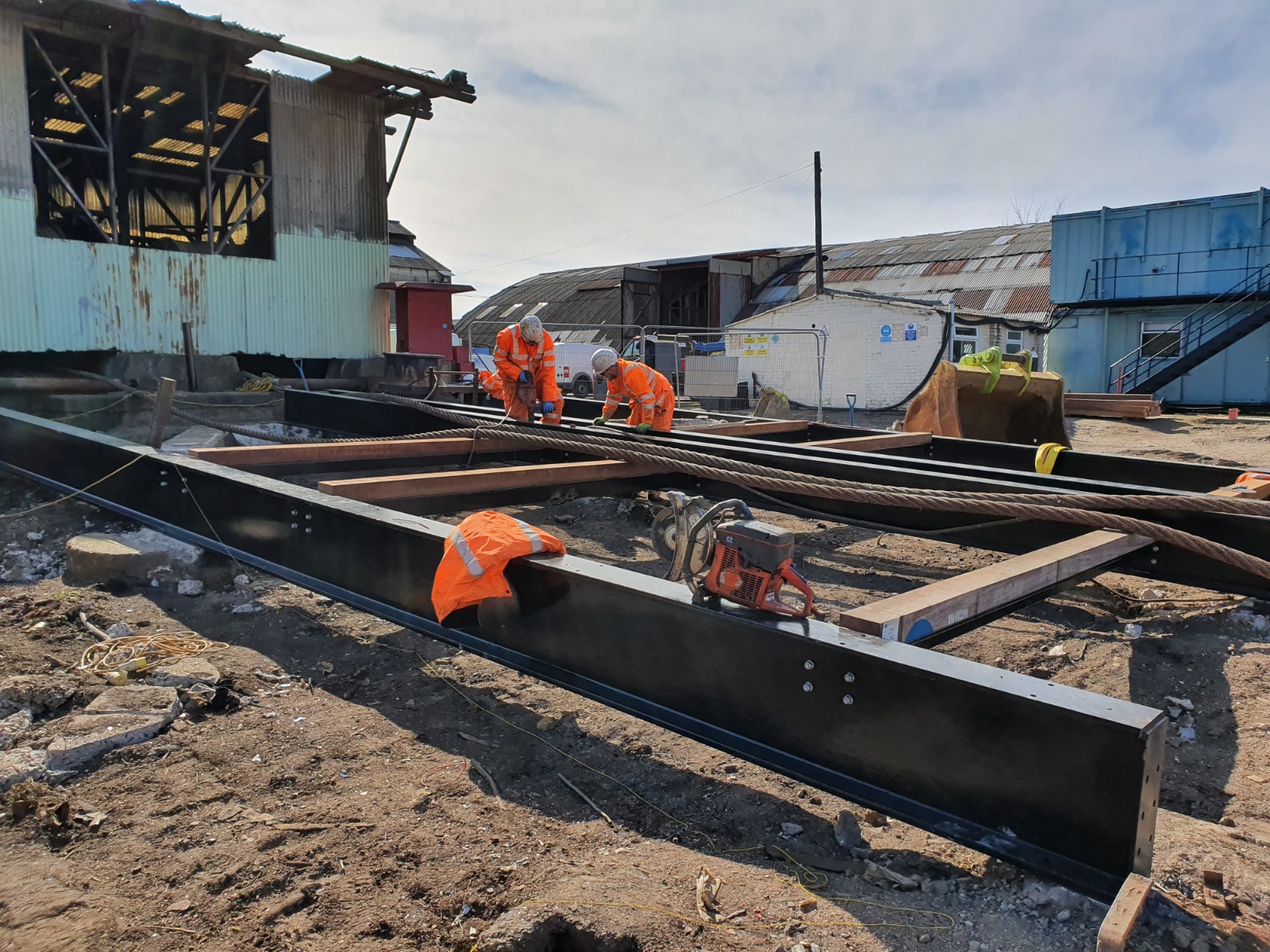 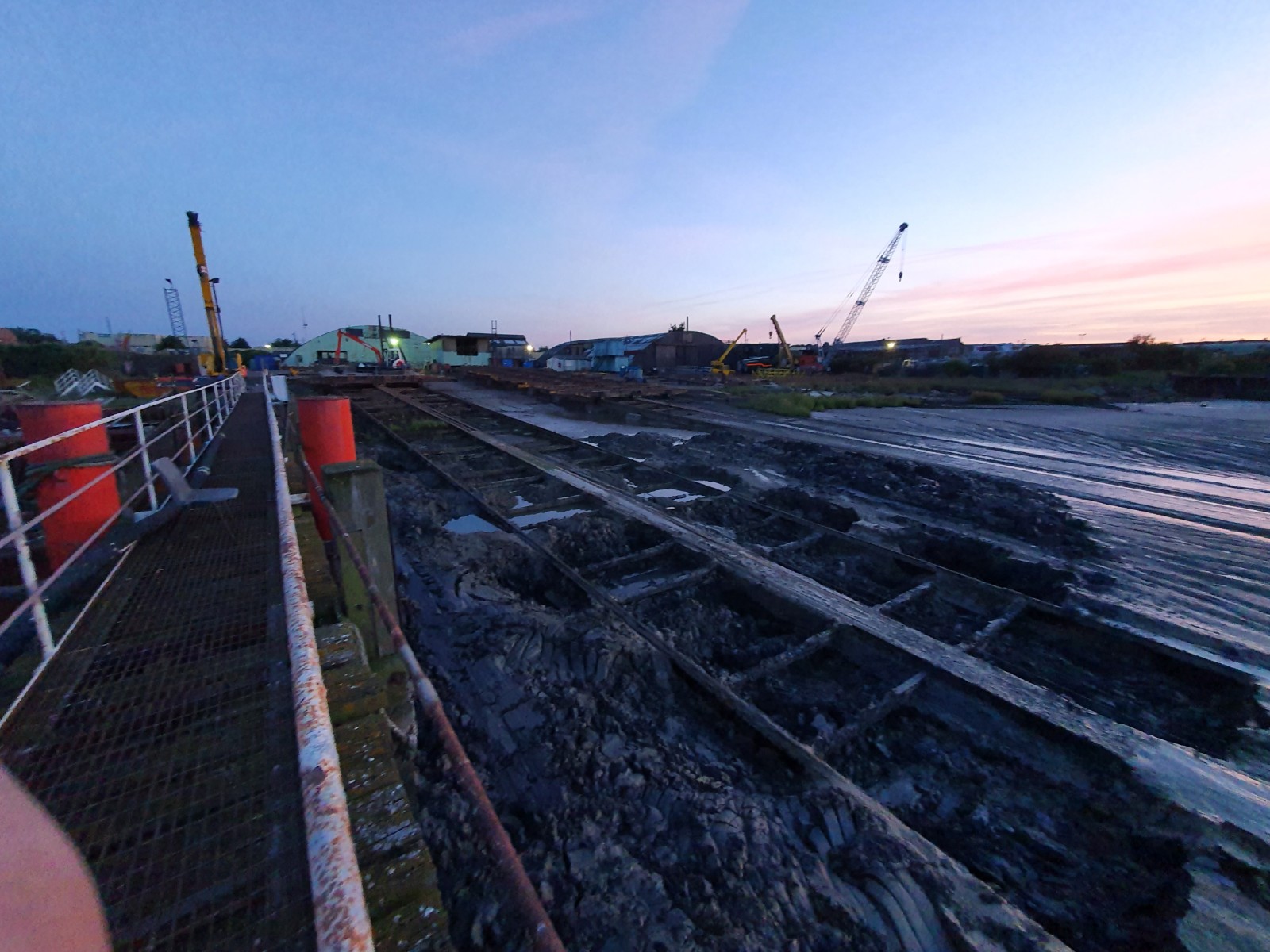 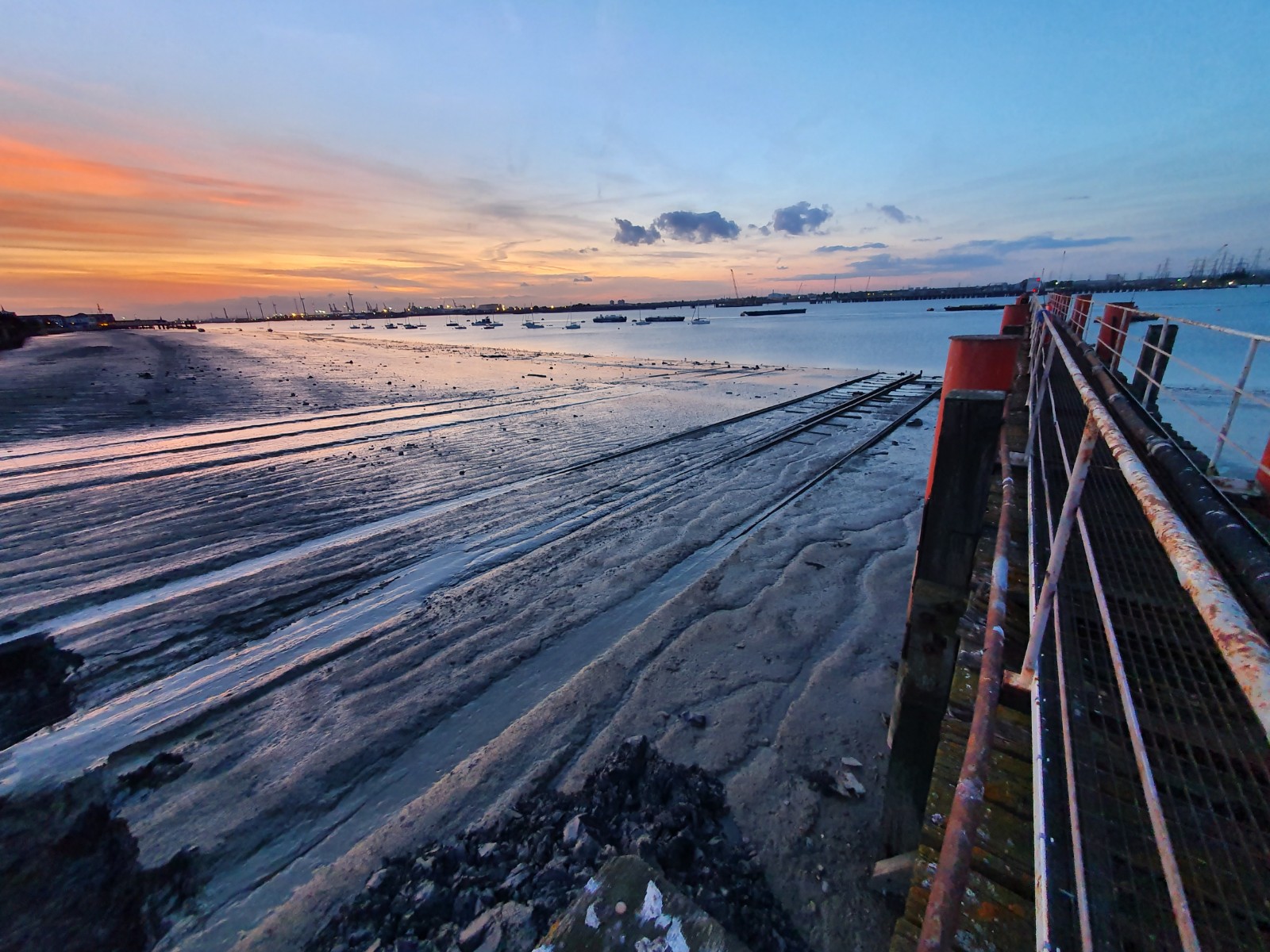 TMS has been recognised as one of the Top Engineers by the Institution of Civil Engineers at the Yorkshire and Humber awards on Monday, for the project completed last year in Whitby for Balfour Beatty, Well done to all involved in the project!
https://www.ice.org.uk/news-and-insight/latest-ice-news/top-engineering-projects-rewarded-at-ice-awards?fbclid=IwAR2AoOA0QKStdMuNJG_KJHPqpggo64d3syjlfKFXxL0vMJrf9_S_0WZ4QoE

TMS have moorings available on the River Dart, between Galmpton & Greenway Quay for Vessels up to 7 metres.

TMS have returned to Wear Farm over the last couple of weeks to assist Balfour Beatty with the installation of a new surface water drainage pipe, TMS have extracted the cofferdam from the estuary using specialist marine equipment. Further remedial works are due to commence in the near future. 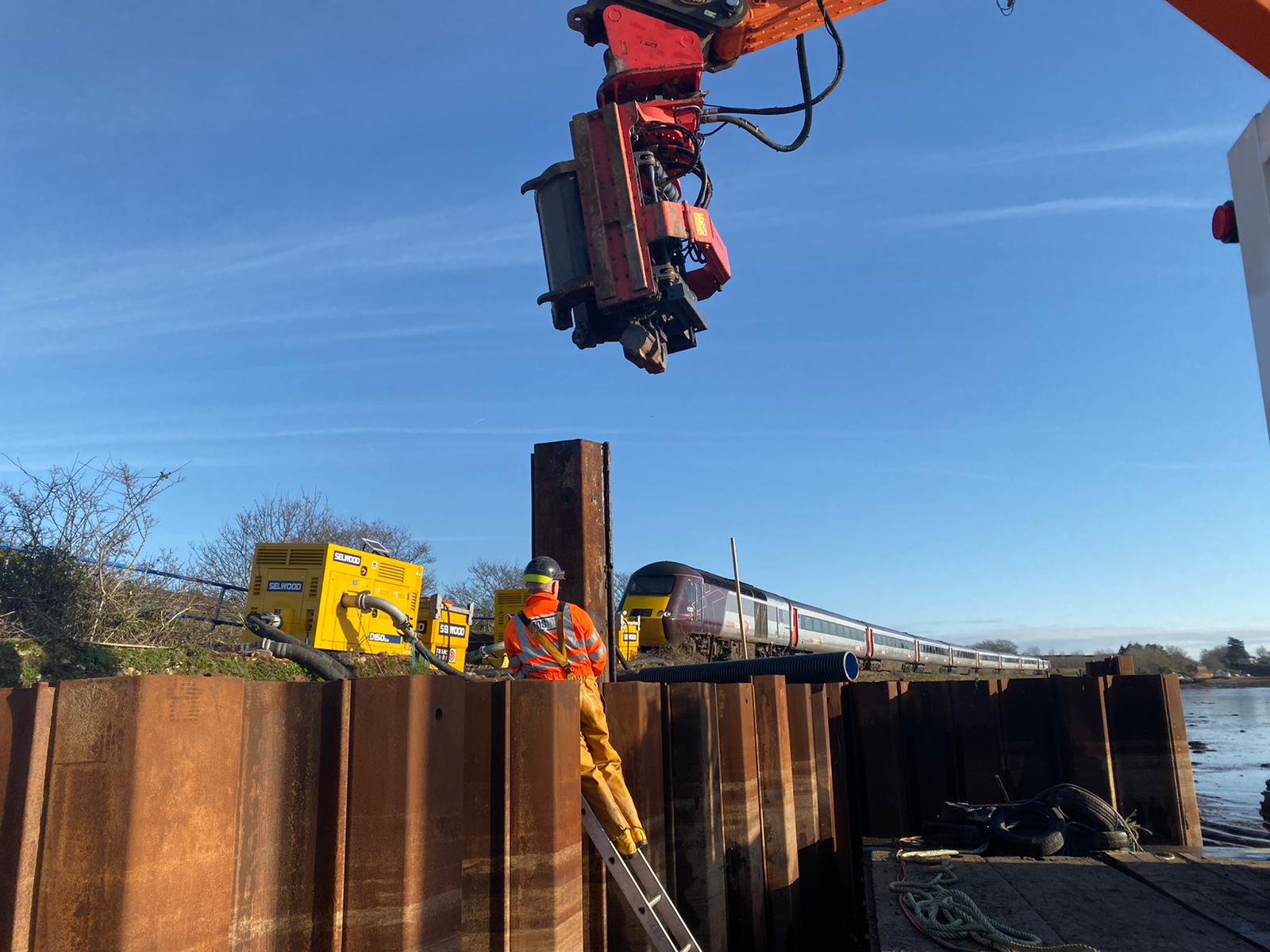 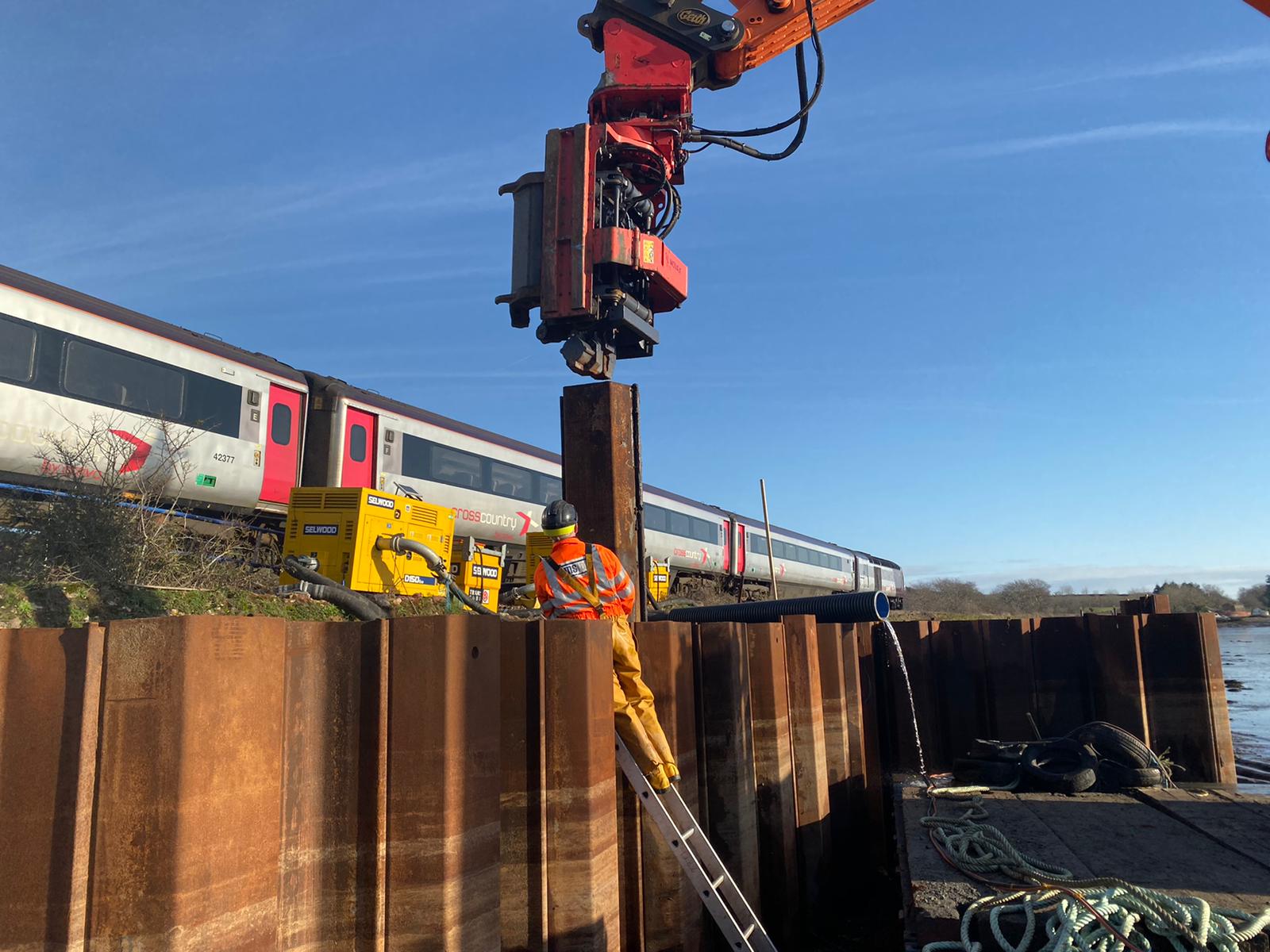 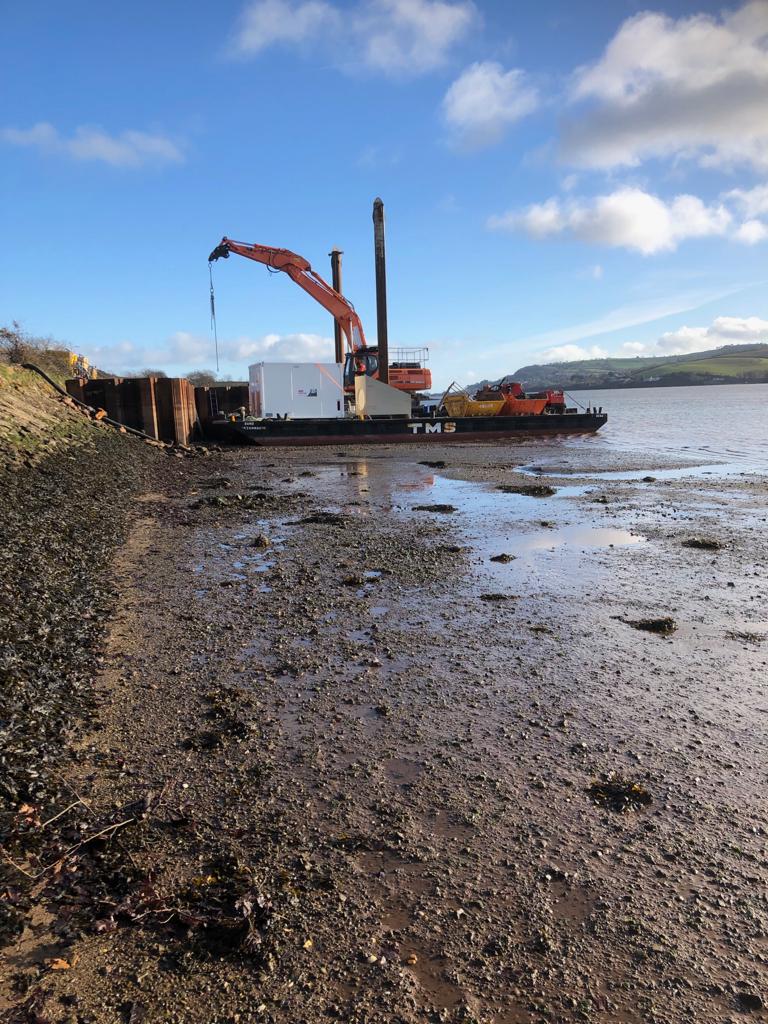 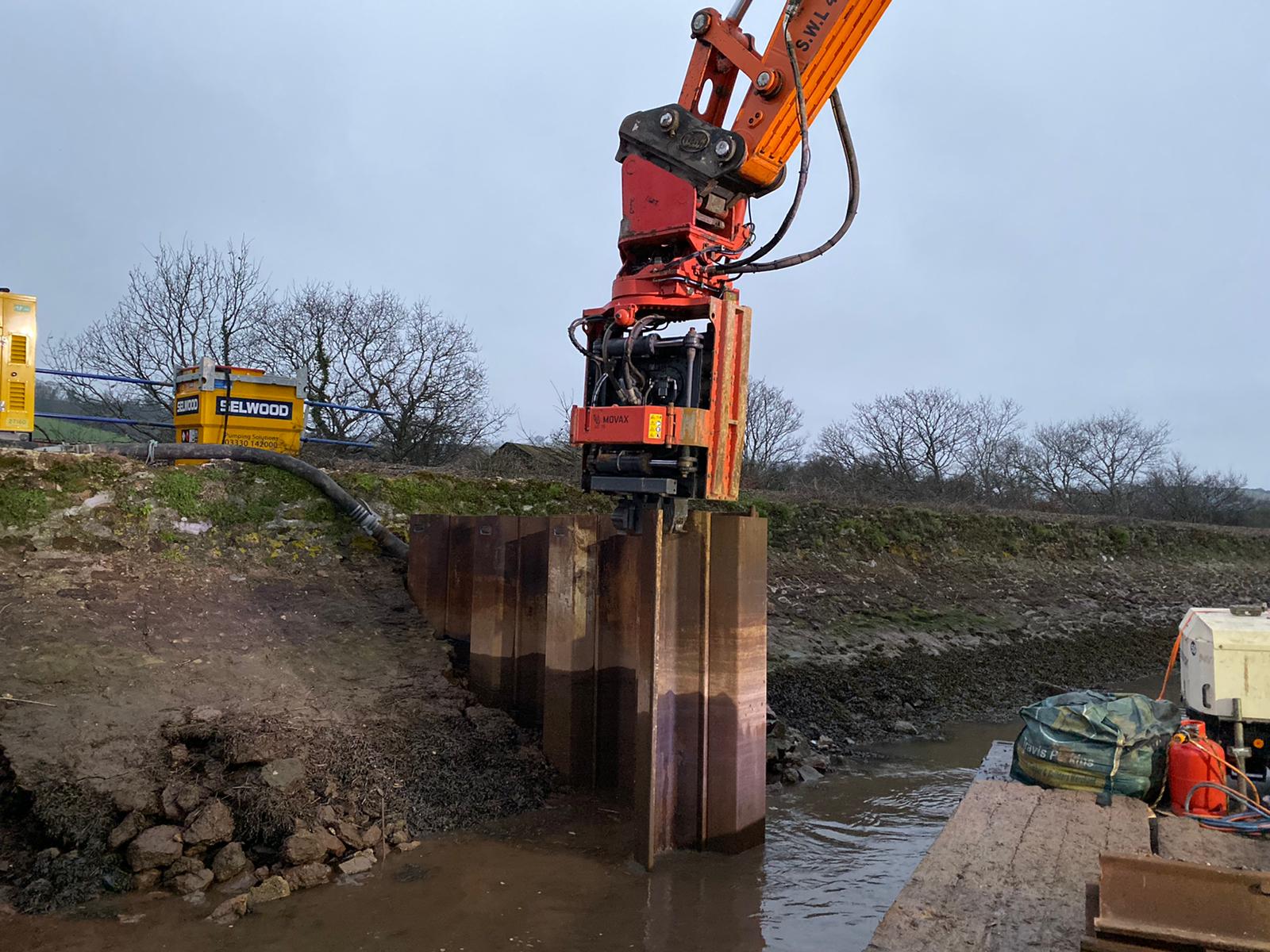 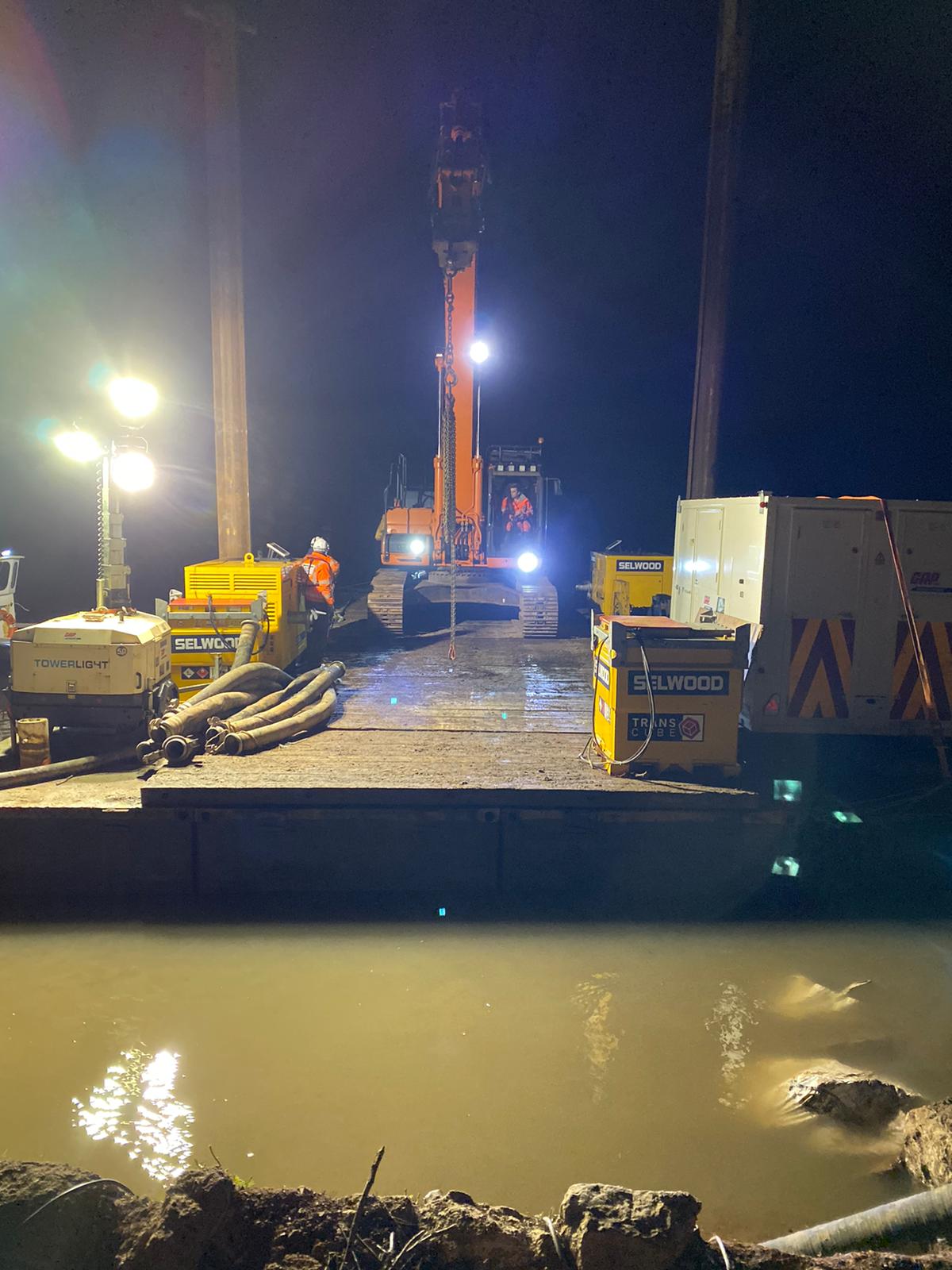 TMS have been working locally installing a cofferdam at Wear Farm Railway line. We have installed 90 piles to create the culvert, frames inside the cofferdam were installed to add extra strength to allow the work to be carried out safely, this will enable Balfour Beatty to repair the collapsed pipe under the track. TMS used our safety boat ‘Petrel’ to push the two barges ‘Ash’ & ‘Bond’ 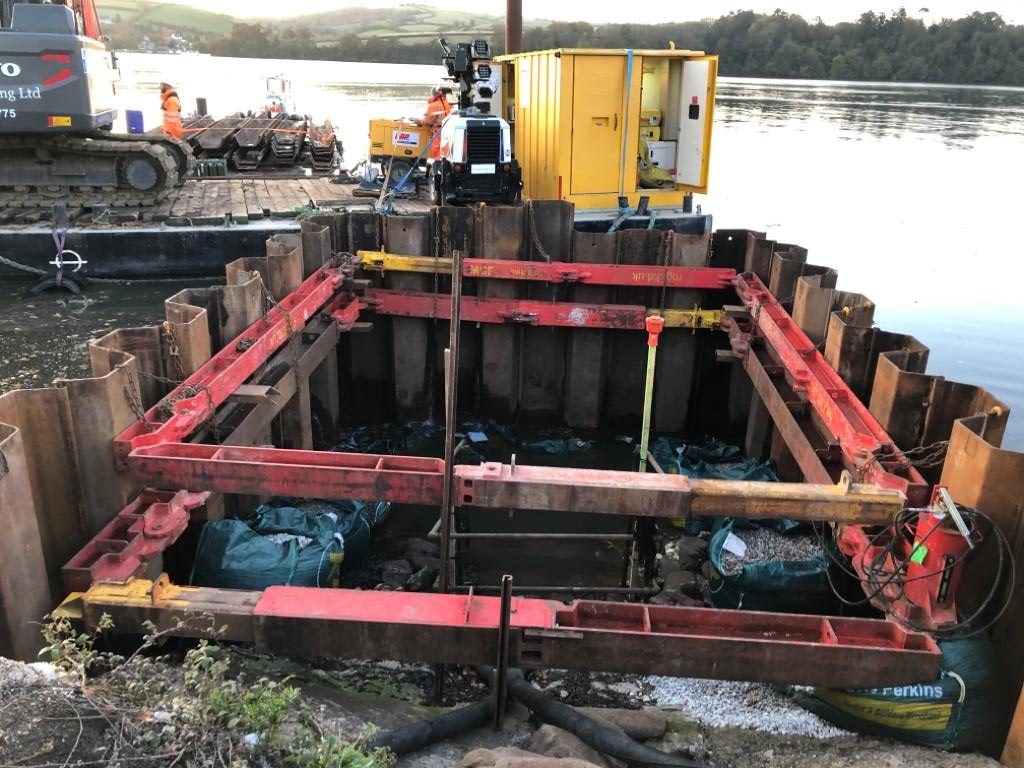 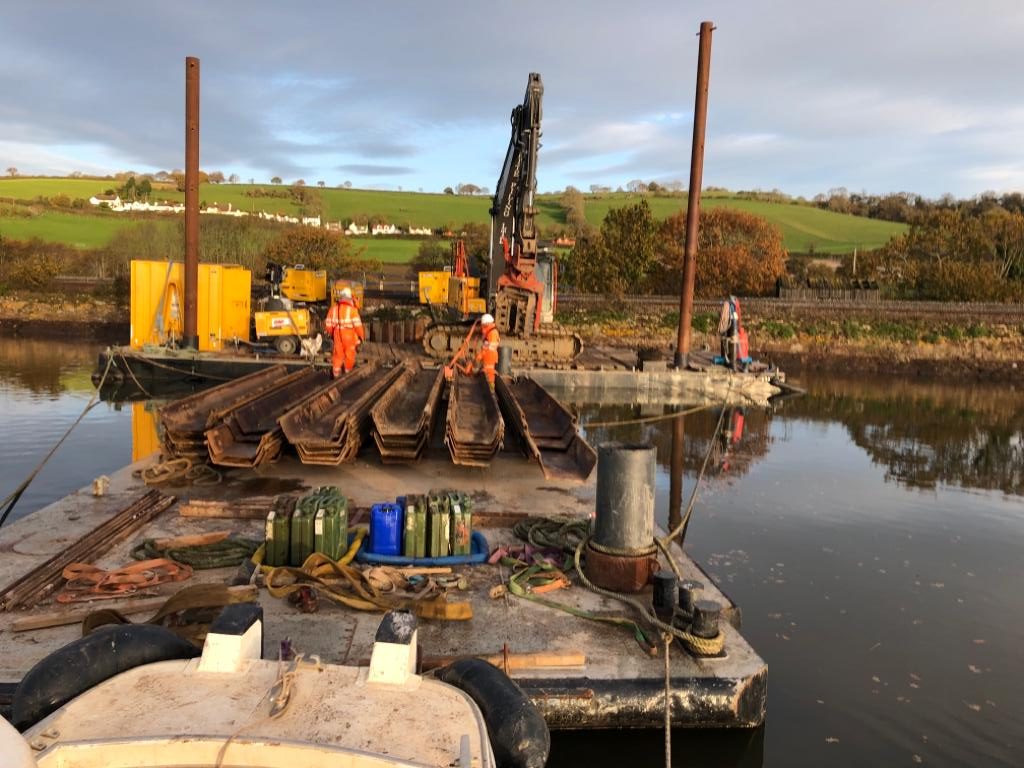 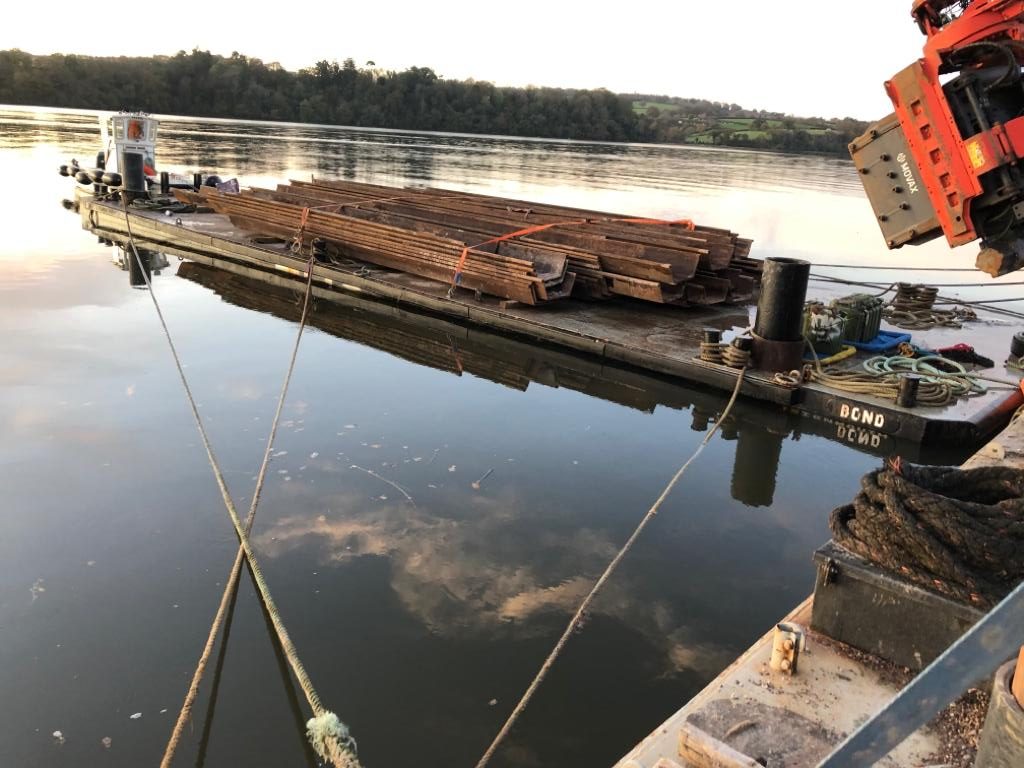 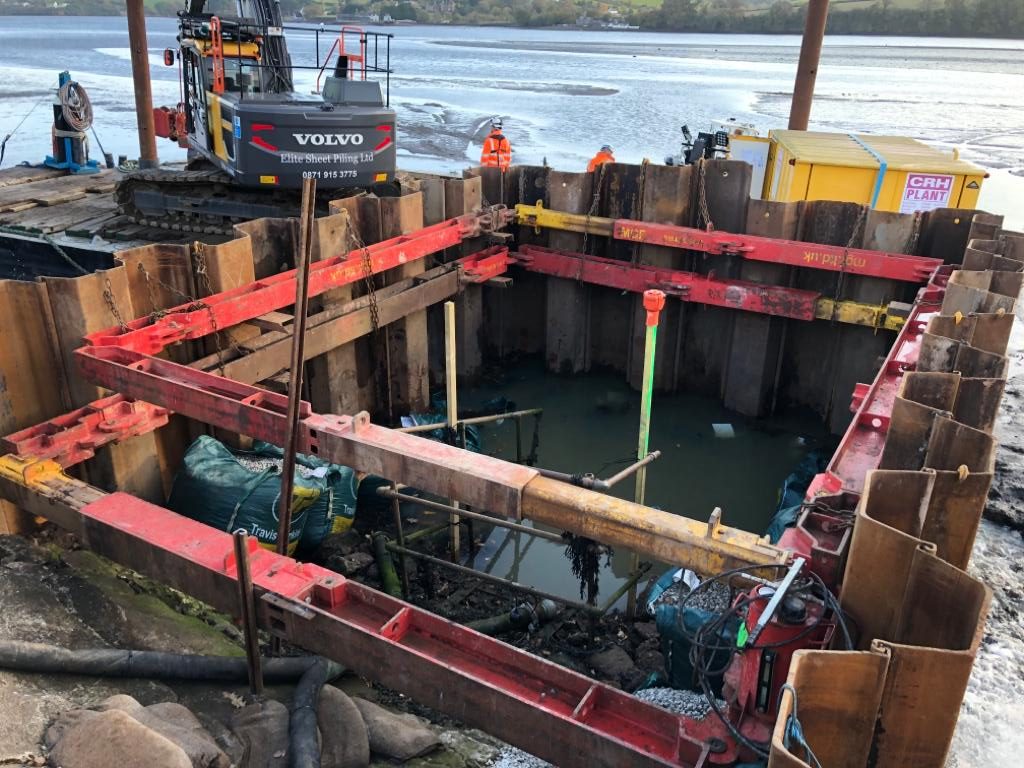 TMS have completed the first stage of the works on Toft Pier this week. The Piles have been installed encapsulating the existing old pier, After this section is filled with stone, the crane will move further out to start piling the pier extension. The photos below show us closing off this stage with the anchor wall. 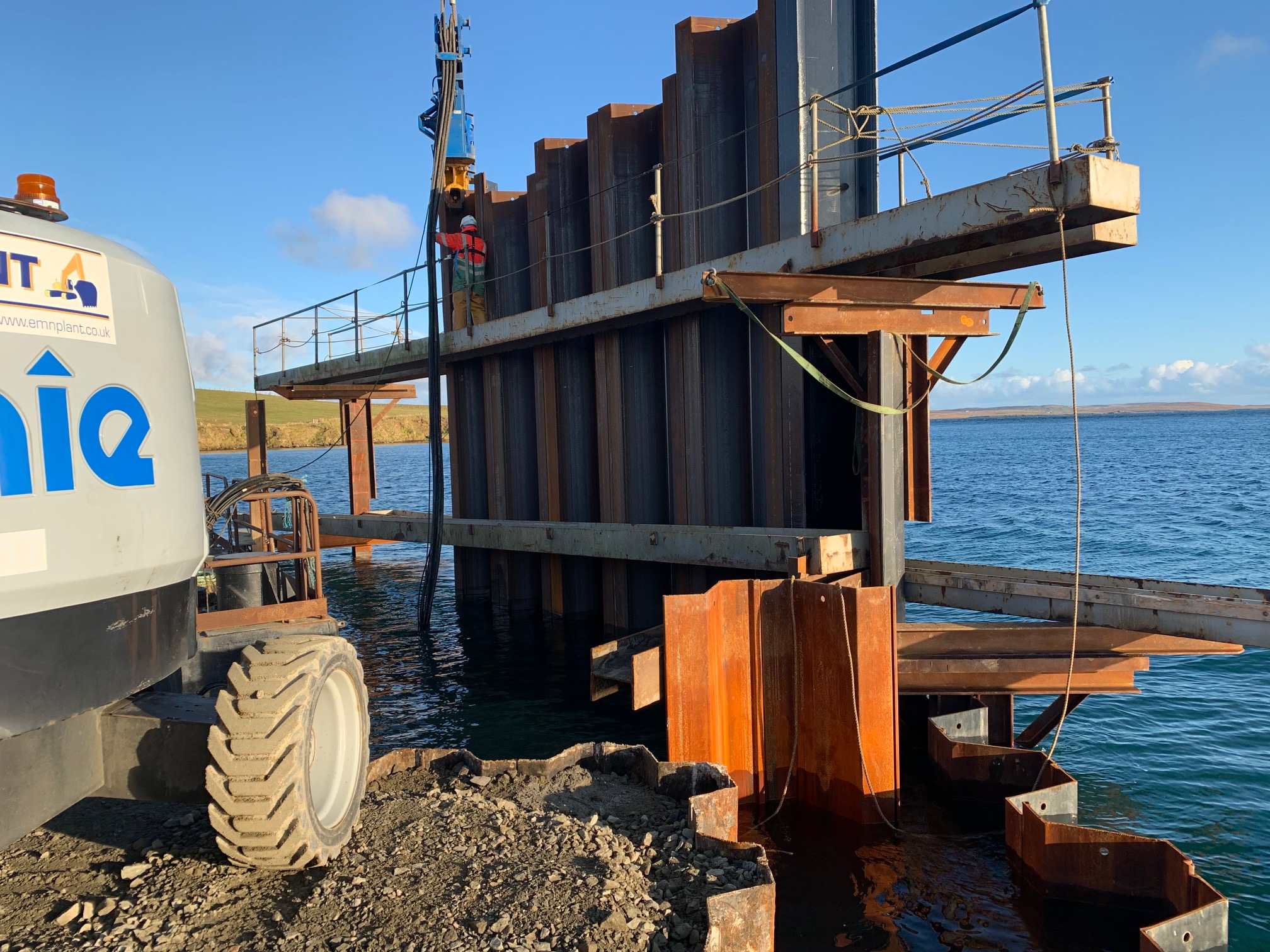 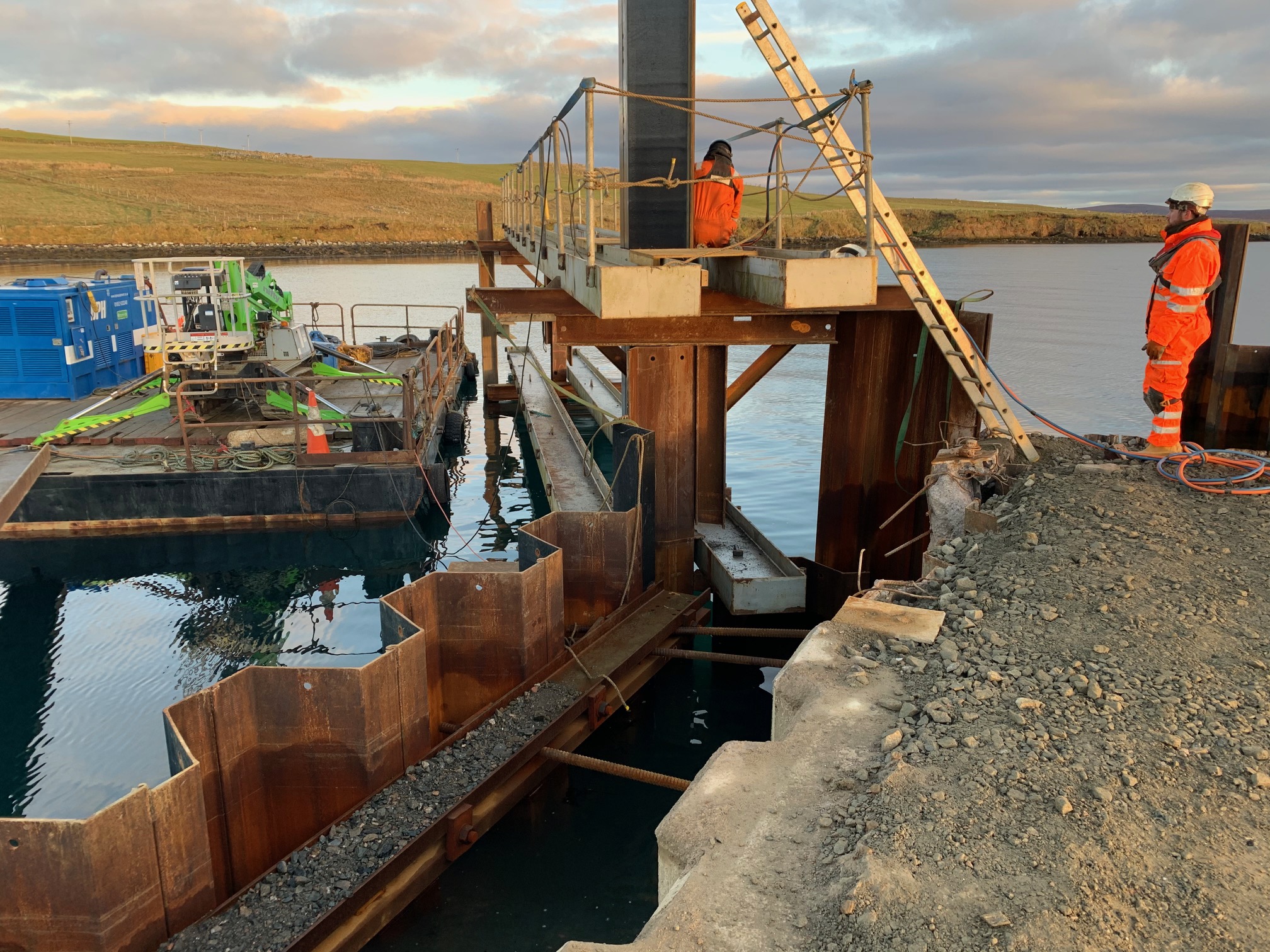 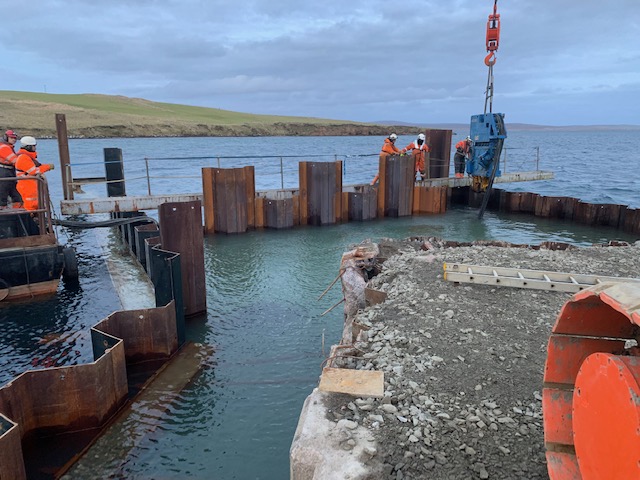 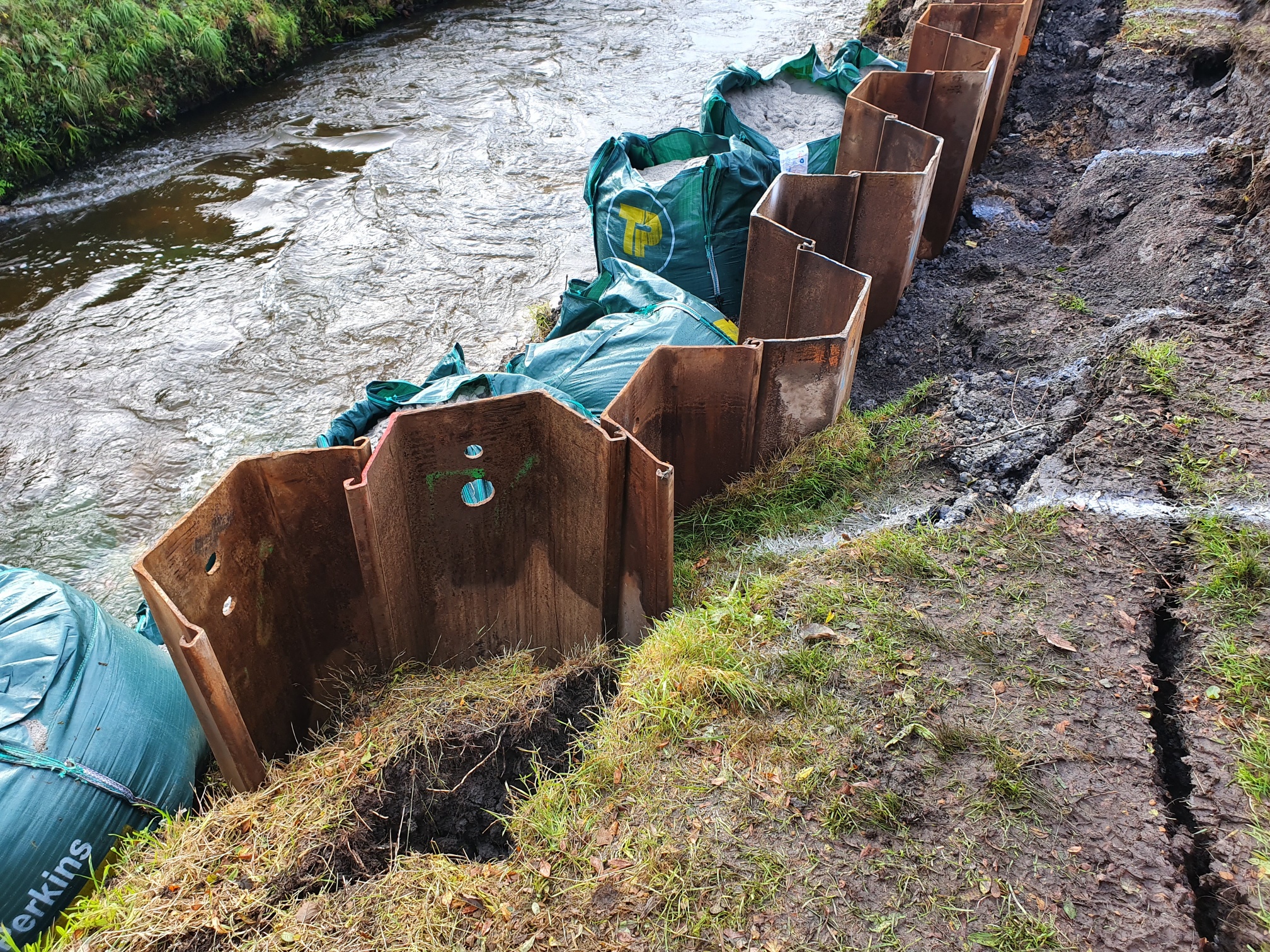 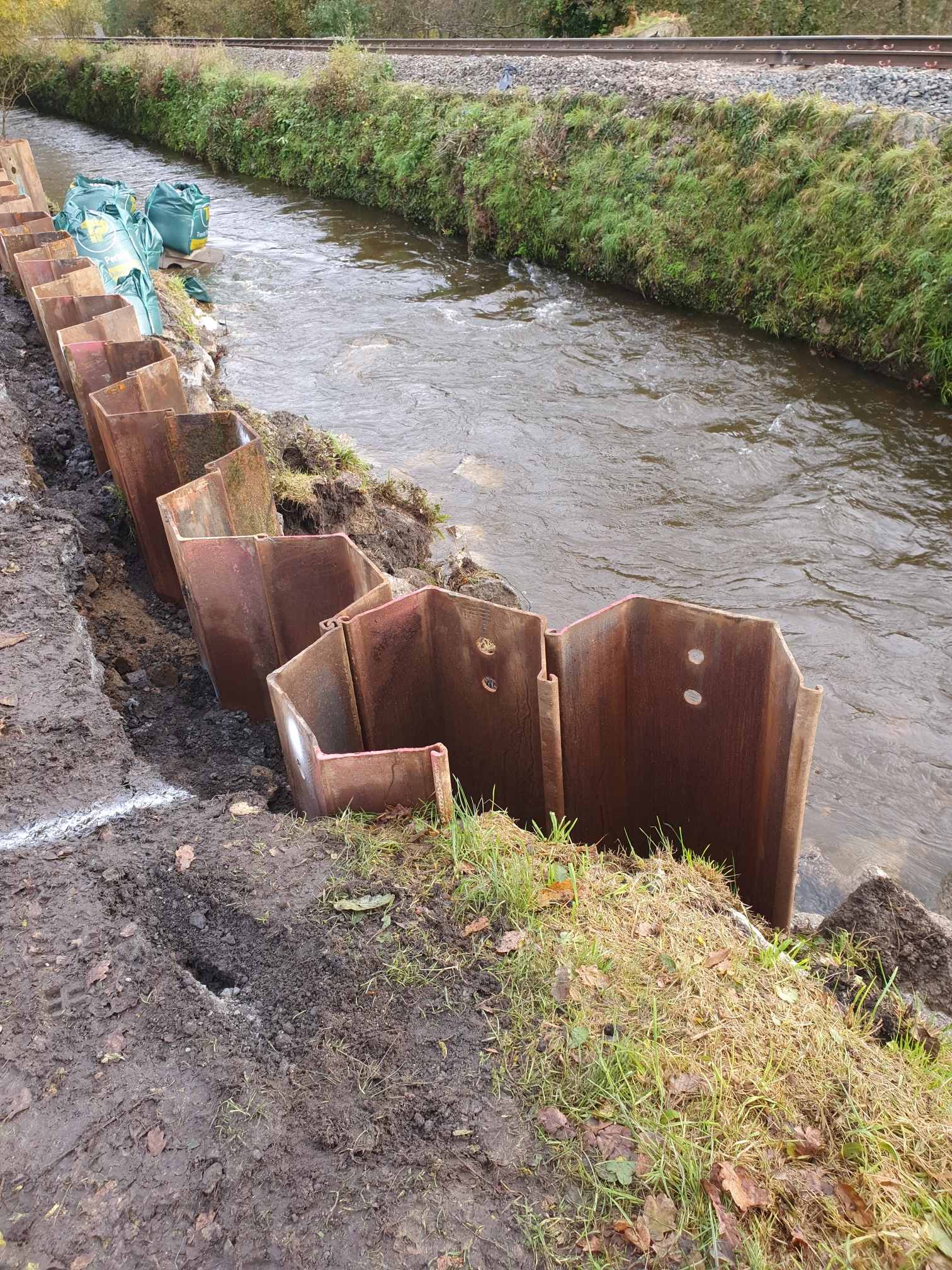 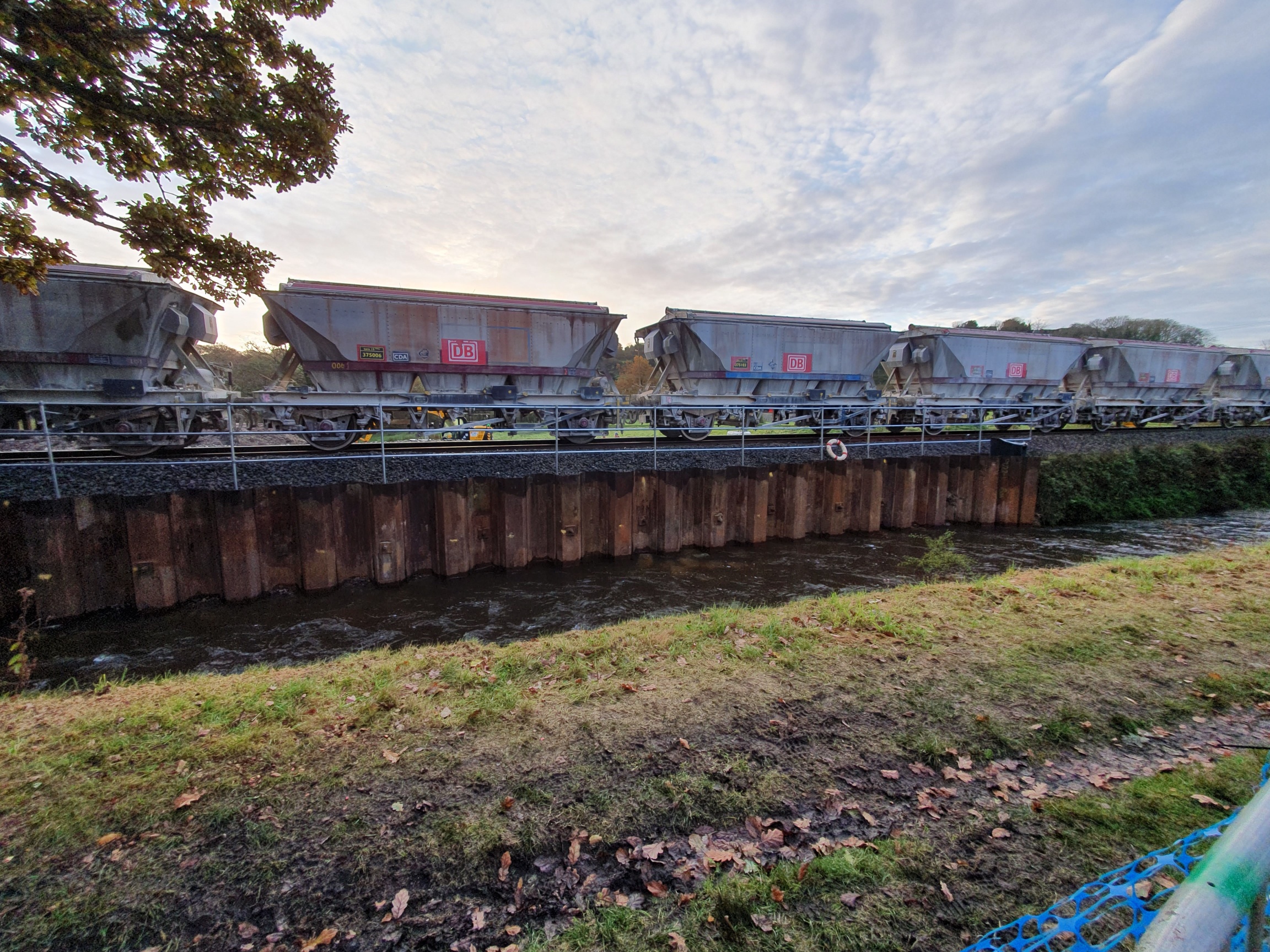 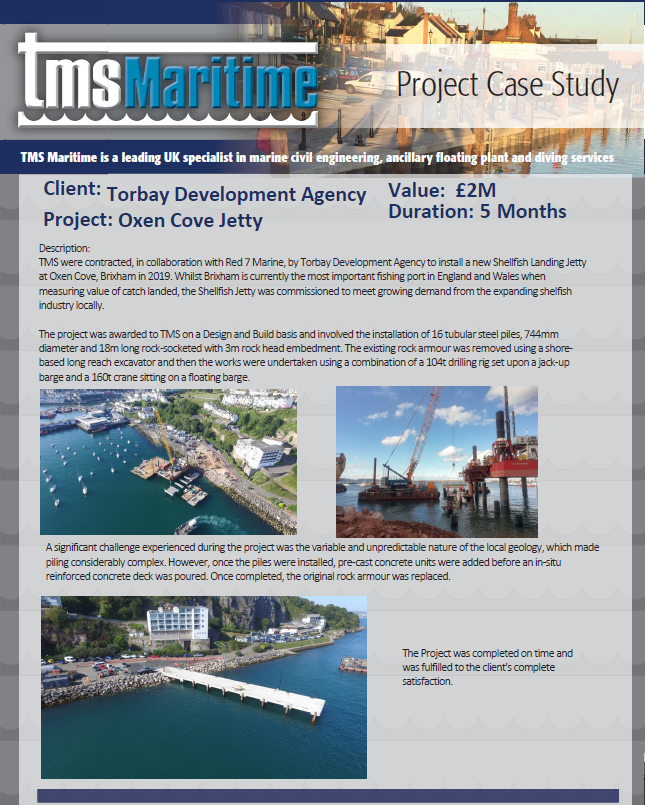