The works were carried out principally from the main work area at Mount Edgcumbe Quay, with operatives working at the other locations as and when the tides permitted.

At Mount Edgcumbe Quay, the project comprised of material recovery, bulk excavation of material, reconstruction of the wall and surfacing works in order to fully repair the damage to the wall. Vegetation removal, mortar repointing and basic masonry reconstruction was completed at the other three locations. The total value of the contract was approximately £400,000 and took 10 weeks to complete, 4 weeks ahead of programme.

The images show the different stages of the wall rebuild carried out at Mount Edgcumbe Quay, where the failed section of wall was rebuilt from foundation level to the top to match the existing wall either side and retain the original appearance of the wall. 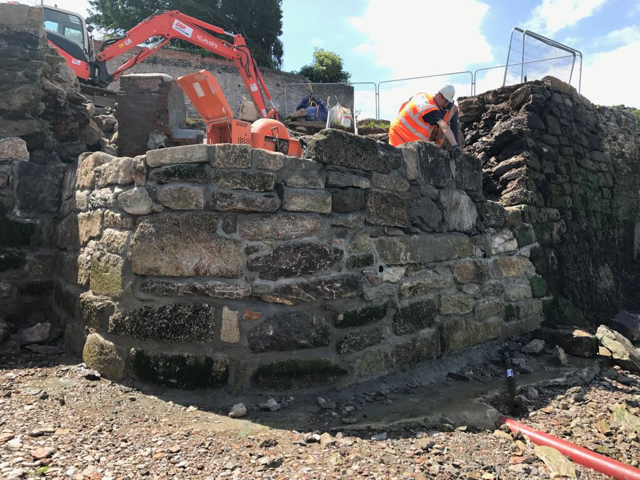